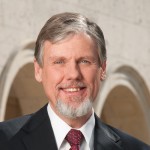 Mr. Shults is a Board Certified Civil Trial Lawyer. Board certification is the highest level of evaluation by The Florida Bar of competency and experience within a specific area of law. Mr. Shults also holds the highest peer rating possible (AV) from the independent attorney rating agency, Martindale Hubbell. He served on the Professional Ethics Committee of The Florida Bar and is past Chairman of the Florida Code and Rules of Evidence Committee. In 2013 he was nominated for the position of circuit court judge by the 12th Circuit Judicial Nominating Committee. In 2009 he received the Distinguished Community Service Award of the Sarasota County Bar Association. Mr. Shults is an Army veteran and was admitted to the Bar in 1983.