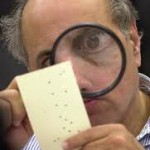 In Sarasota Alliance for Fair Elections, et al. v. Kurt Browning, et al., the Florida Supreme Court held that a home rule county could require post-election ballot audits under a county charter provision.  As a result of the Sarasota Alliance case, the Florida legislature promptly passed Fla. Stat. 97.0115, which preempted local election laws, including those requiring post-election ballot audits.  Now the only ballot audit that can be conducted by a local supervisor of elections is the limited audit described in Fla. Stat. 101.591.  The statutory audit is discussed here , and as this article in the Palm Beach Post reports, some have expressed concerns regarding the limited nature of the audit.

One Response to Concerns Over Limited Ballot Audits in Florida