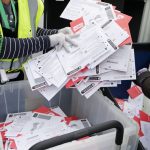 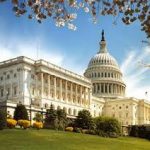 Because there may be several statewide recounts as a result of the 2018 Midterm Election, now is probably a good time to review how the Florida recount process works.

After all the ballots are initially counted, if the vote spread between two candidates  is one half of one percent or less, then a machine (optical scanner) recount of all ballots occurs.  F.S. 102.141(7).  In addition to tallying all ballots, the machine recount also identifies those ballots that are overvotes (voter voted for both candidates) and undervotes (voter voted for neither candidate).  The identification of overvotes and undervotes is by machine, not the naked eye.

If the machine recount shows that the spread between the candidates is one quarter of one percent or less, a manual recount only of the ballots identified by the machine as overvotes and undervotes occurs, unless:  (1) the candidate who is behind requests that the recount not be made, or (2) the total number of overvotes or undervotes is fewer than the number of votes needed to change the outcome of the election. F.S. 102.166.  For example, assume that after the machine recount the spread between the candidates is 10,000 votes, and that spread is one quarter of one percent or less of the votes cast for the office.  Also assume the machine recount identified 5,000 ballots as overvotes or undervotes.  Under this scenario the candidate who is ahead by 10,000 votes would be declared the winner, because a manual recount of the 5,000 overvotes and undervotes would not, as a matter of arithmetic, be sufficient to change the result of the election.

If the total number of overvotes and undervotes would be sufficient to change the result of the election, then a manual recount of only the overvote and undervote ballots would occur to determine if these ballots clearly indicate a vote for just one of the candidates.  The interpretation of the voter’s mark or markings on the overvote/undervote ballot is governed by detailed standards promulgated by the Florida Division of Elections.

The History of Voting in America

Florida Northern U.S. District Court Judge Mark Walker has entered another order in a case initiated by the Florida Democratic Party against the State.  In an Order Granting Preliminary Injunction, the Court found that “[i]t is illogical, irrational and patently bizarre for the State of Florida to withhold the opportunity to cure from mismatched signature voters while providing the same opportunity to no signature voters”.  Therefore, the court concluded Florida’s “statutory scheme” regarding the opportunity to cure signature defects in mail-in ballots unconstitutional. See F.S. 101.68. This ruling will likely apply to thousands of mail-in ballots and will require county supervisors to notify mail-in voters whose ballot signatures don’t match registration records that they can correct their signatures by 5pm the day before the election. Judge Walker previously ordered the Governor to extend the voter registration deadline to October 18th, 2016.

Federal Northern District Court Judge Mark Walker has entered a temporary restraining order which requires Florida officials to accept voter registrations until 5pm October 12th 2016, which is one day beyond the statutory deadline set by F.S. 95.055. In doing so the Court found that “Florida’s statutory framework is unconstitutional” because the statutes permit the Governor in case of emergancies to move election dates but not registration deadlines. The Court set a hearing for 11am Oct. 12th 2016, to determine if the registration deadline should be extended beyond Oct 12th.