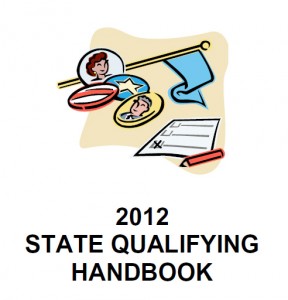 The critical nature of candidate filing deadlines was again illustrated April 20, 2012, when three members of the Florida Supreme Court almost lost their seats by failing to file complete paperwork by a noon deadline. Florida Supreme Court justices face a merit retention vote every six years, but in order to be on the ballot for merit retention, they must file their qualifying paperwork on time or lose their seats on the court. The filing requirements and deadlines for running for retention for judicial office are described in FLA. STAT. 105.031. The Supreme Court had to be interrupted during the April 20, 2012, oral arguments on the State Senate Redistricting Plan in order for the three justices to complete their paperwork before the noon deadline. This article in the Palm Beach Post describes the unusual event. READ THIS UPDATE.

Tom Shults is a Florida Bar Board Certified Civil Trial Lawyer. He has represented clients in election and sunshine law issues, complex business and commercial disputes and probate and trust suits. He was admitted to the Florida Bar in 1983 and has maintained an active trial practice in state and federal courts for over 35 years. Mr. Shults successfully represented the Sarasota Alliance for Fair Elections in Sarasota Alliance for Fair Elections et al. v. Browning et al. , where the Florida Supreme Court ruled on the constitutionality of Sarasota County’s charter election law amendments. Mr. Shults has served on the Professional Ethics Committee of The Florida Bar and is the past Chairman of the Code and Rules of Evidence Committee of The Florida Bar. He is a recipient of the Distinguished Community Service Award of the Sarasota County Bar Association for his work with the Sarasota Mental Health Community Centers. In 2013 he was nominated for circuit court judge by the 12th Circuit Judicial Nominating Committee. Mr. Shults has served on the faculty of the Kessler-Eidson Program for Trial Techniques at Emory University School of Law and on the faculty of the National Institute for Trial Advocacy Program for Practicing Lawyers at Nova Southeastern University School of Law. Mr. Shults grew up in St. Petersburg, Florida and is a graduate of St. Petersburg High School (1973), Florida State University (B.S. 1977) and Washburn University School of Law (J.D. cum laude 1982). He is veteran of the United States Army.
View all posts by Thomas D. Shults, Esq. →
This entry was posted in Candidate qualifications, News and tagged candidate filing deadline, florida election attorney, Florida election law, florida election lawyer, florida supreme court, judicial candidate, judicial retention, retention election judges, Thomas Shults, Tom Shults. Bookmark the permalink.