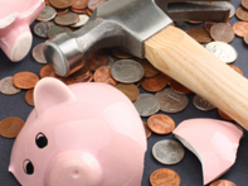 Under Fla. Stat. 106.08(1) (b) 2. persons under the age of 18 years cannot make a political contribution in excess of $100.00, nor can a candidate or party accept such a contribution. Violation of the law is a crime.  On August 7th the Federal Court for the Southern District of Florida issued a preliminary injunction barring enforcement the law in a case brought by 17 year old Julie Towbin of Boca Raton.  Ms. Towbin wanted to attend a Democratic political event that had a ticket price of $150.00, but decided not to do so because her purchase of the ticket might violate the law.  In her 36 page order, District Court Judge Kathleen M. Williams concluded that “. . . the State has not proffered sufficient evidence to demonstrate that the law achieves an important state interest; nor has it shown that the law is sufficiently limited in order to sustain the restriction it imposes on minors’ First Amendment rights”. The court rejected the State’s arguments that the law was necessary to protect minors from undue influence and prevent the use of minors as “straw man” contributors.

Tom Shults is a Florida Bar Board Certified Civil Trial Lawyer and represents clients in election and sunshine law issues, complex business and commercial disputes and probate and trust suits. He was admitted to the Florida Bar in 1983 and has maintained an active trial practice in state and federal courts for over 35 years. Tom represents candidates, political parties and political action committees in election disputes and election law litigation. He successfully represented the Sarasota Alliance for Fair Elections in Sarasota Alliance for Fair Elections et al. v. Browning et al. , where the Florida Supreme Court ruled on the constitutionality of Sarasota County’s charter election law amendments. Tom has served on the Professional Ethics Committee of The Florida Bar and is the past Chairman of the Code and Rules of Evidence Committee of The Florida Bar. He is a recipient of the Distinguished Community Service Award of the Sarasota County Bar Association for his work with the Sarasota Mental Health Community Centers. In 2013 he was nominated for circuit court judge by the 12th Circuit Judicial Nominating Committee. Tom has served on the faculty of the Kessler-Eidson Program for Trial Techniques at Emory University School of Law and on the faculty of the National Institute for Trial Advocacy Program for Practicing Lawyers at Nova Southeastern University School of Law. Tom grew up in St. Petersburg, Florida and is a graduate of St. Petersburg High School (1973), Florida State University (B.S. 1977) and Washburn University School of Law (J.D. cum laude 1982). He is veteran of the United States Army.
View all posts by Thomas D. Shults, Esq. →
This entry was posted in Campaign Finance, Litigation Updates, News and tagged florida campaign finance, florida election attorney, Florida election controversy, Florida election law, florida election law statutes, Florida election lawsuit, florida election lawyer, Florida election suit, Julie Towbin, Kathleen M. Williams, minors political contributions, minors’ First Amendment rights, Thomas Shults, Tom Shults. Bookmark the permalink.